FUSE*FACTORY is a multidisciplinary studio and artistic production center, founded in 2007 that works at the intersection of art and science, exploring the expressive potential by the creative use of emerging technologies.

Artists, designers, creative coders, engineers, architects, researchers, storytellers, and producers work in multidisciplinary teams to create new languages and new forms of expression capable of giving life to innovative projects in the fields of art, architecture, design and of communication-based on new media.

FUSE* FACTORY has always connected its development to that of the community in which it operates by supporting, promoting and designing projects that have as their objective the dissemination of culture and knowledge. 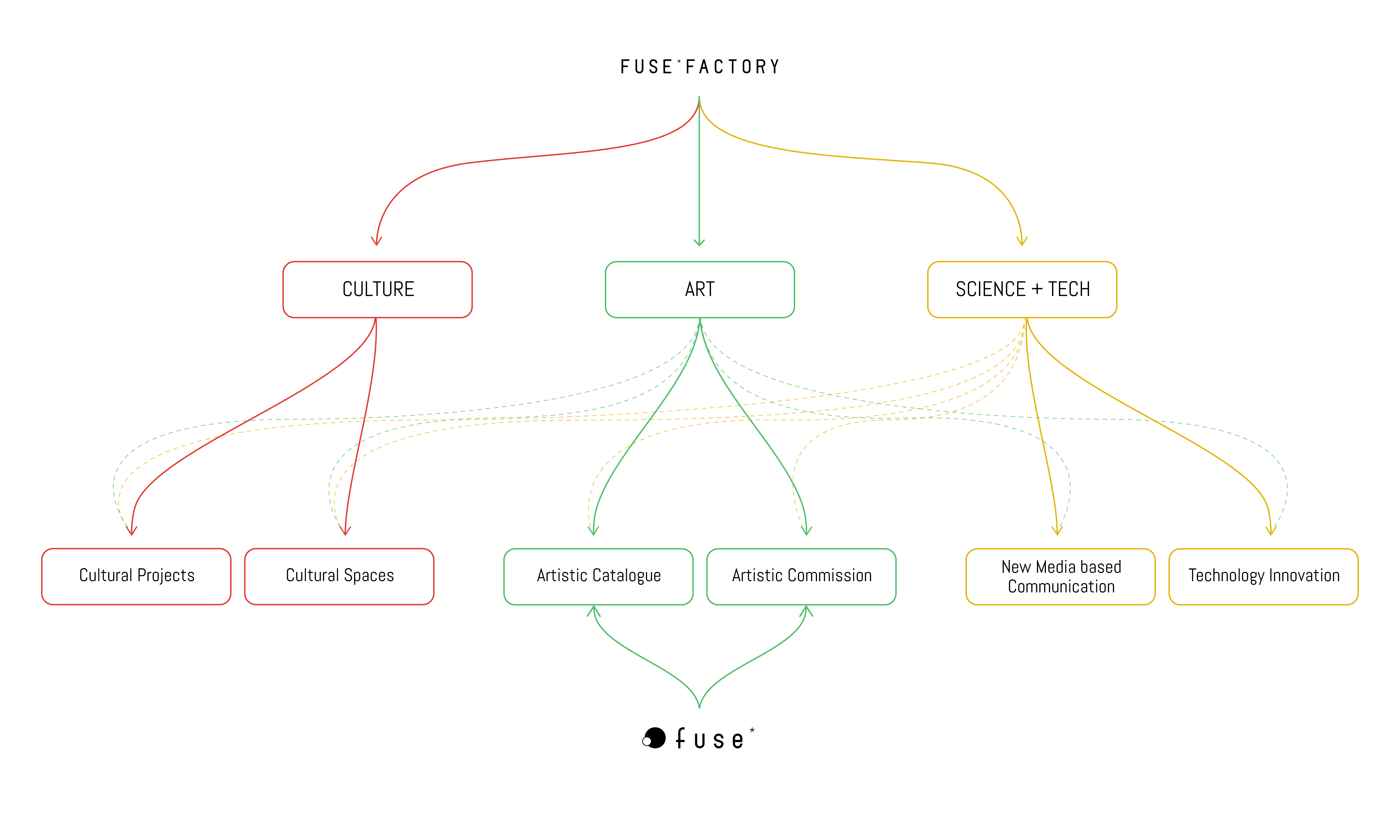 fuse* is the signature with which the studio realizes its own artistic productions - fuseworks.it