‘If you were to view the advance of civilisation from a linear time perspective, in one direction you will see 5000 years of civilisation; toward the other direction a future of science and technology, rapid and iterative. Here we are standing in 'this moment': A moment in which we take from our forebears but depart toward new creation, a moment in which we cross over from the protracted 'past' and draw boundlessly toward the future.’ - Zhang Yimou

THE PROJECT
In September 2019, the National Center for the Performing Arts (NCPA) in Beijing hosted the third edition of "2047 Apologue", a show created by Chinese director and visionary Zhang Yimou. The director extends the traditional form of stage performance, combining Chinese folk art with modern technologies. The show consists of seven acts, each led by an international team in collaboration with performers belonging to Chinese cultural heritage. fuse* was commissioned to create and direct a Live Media Performance integrating Hua'er music, contemporary dance, a holographic projection system and two robotic arms in collaboration with AndyRobot - a robotic animation studio. 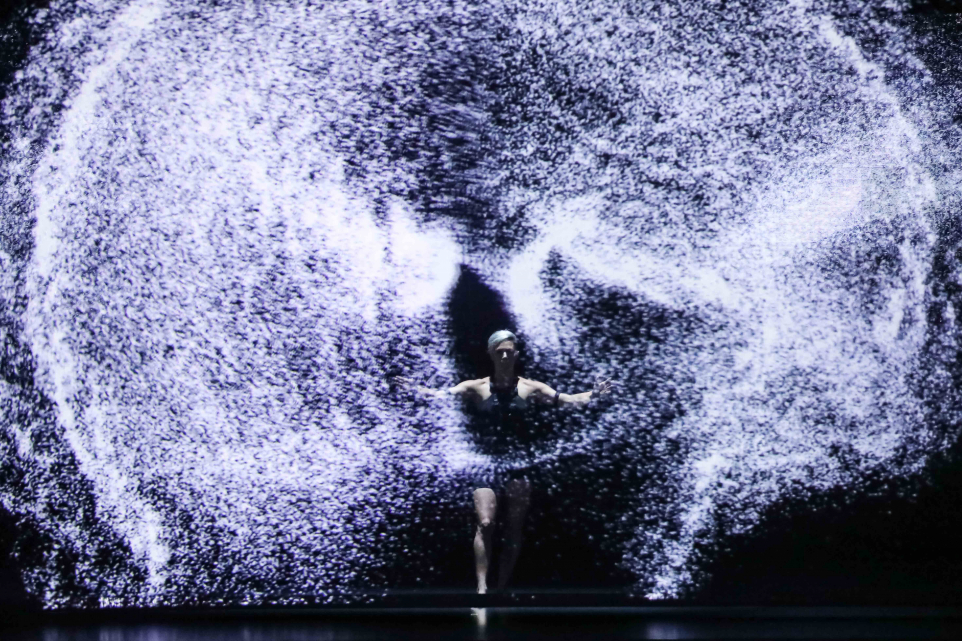 The soundtrack is a Hua'er chant, folk music popular in the Northwestern Chinese provinces and named to the Representative List of the Intangible Cultural Heritage of Humanity by UNESCO in 2009. It is from the musical dynamics and the themes treated in the piece that the performance took shape. The lyrics, written by Zhang, contain symbolic elements of Chinese culture: the light of the sun and the moon, the incessant passing of time, the flow of rivers. In several ancient cultures, including the Chinese, the image of the river has often been compared to that of the celestial vault: the Milky Way was considered a celestial counterpart to the main waterways. This parallelism between earthly flows and astral movements has become one of the keys to the development of the project. 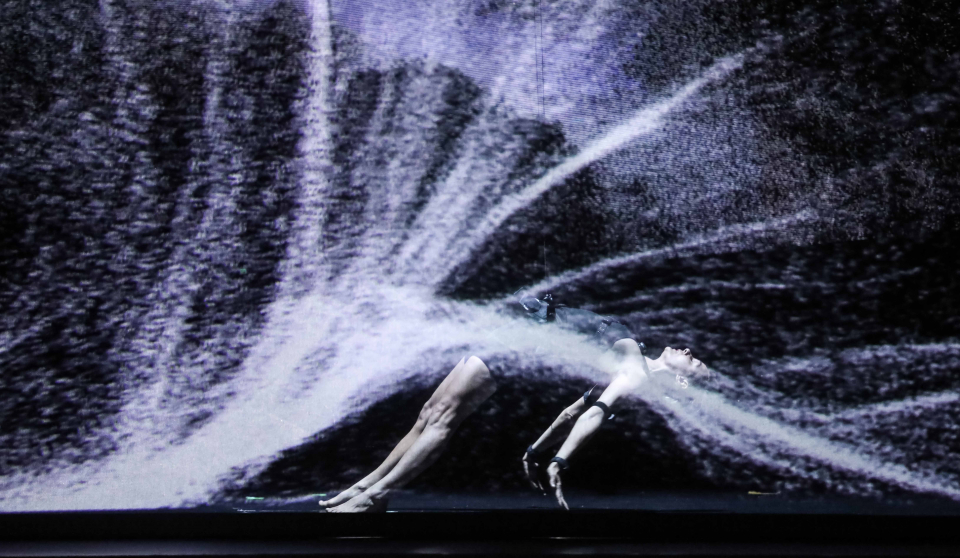 MAKING OF - SETUP
The idea of displaying a three-dimensional space that could be dynamic at the same time led to the development of an unpublished layout. The result is a setup consisting of a double frontal projection on a holographic screen and two LED screens supported by two robotic arms. The movements performed by the robots make it possible to modify the spatial perception on the stage, becoming in turn part of the choreography. 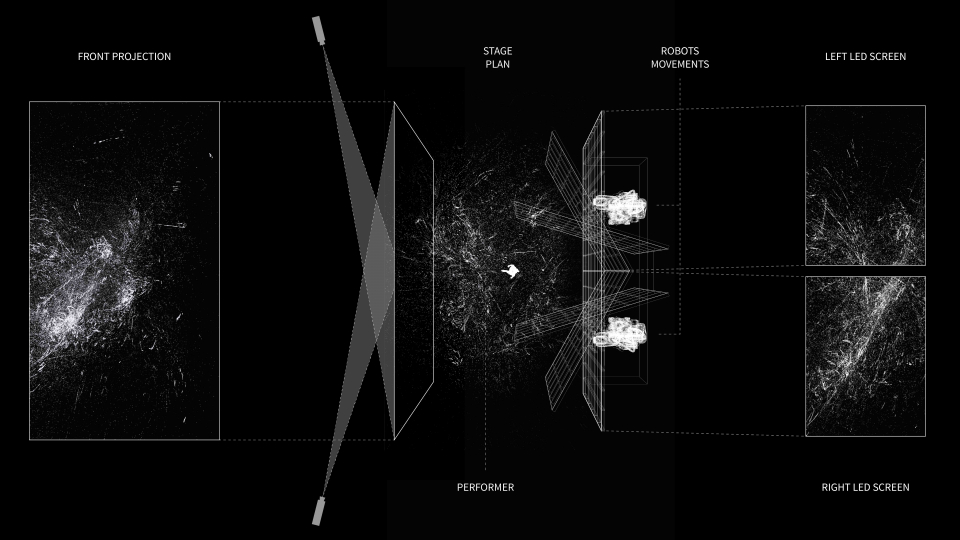 To amplify the effect of immersiveness on stage the two LED screens were used as windows showing the three-dimensional space behind and revealing different areas of the generated landscape based on the robots' movements. 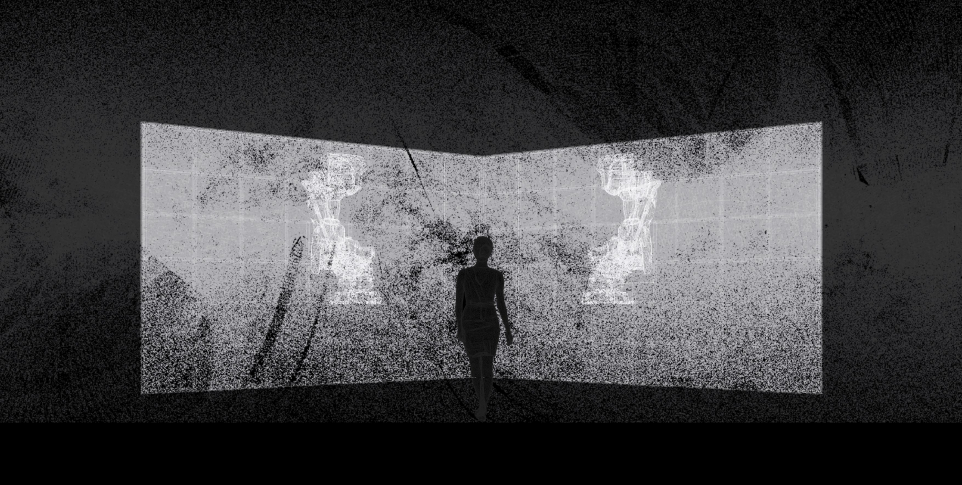 REAL TIME
The generation of digital landscapes is realized through a software able to read and process data in real time. The data is obtained by means of a depth camera and a motion tracking system worn by the performer. 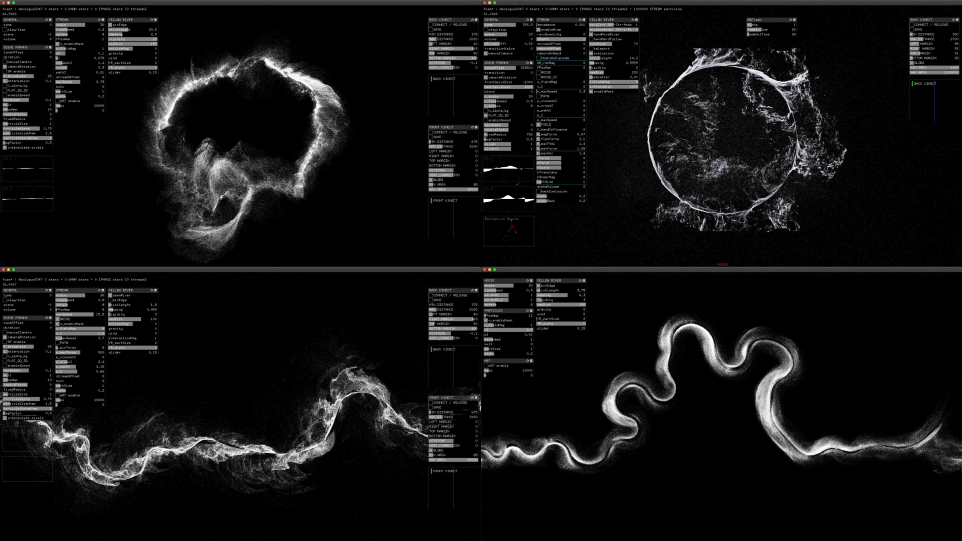 CHOREOGRAPHY
The choreography's definition took place through a continuous integration between bodywork and respective influence on the digital landscape. During the development of the performance we tried to reach a level of interaction that is as natural as possible, in order to guarantee expressive freedom and improvisation margins to the dancer. The entire work develops in rooms through which the digital landscape changes based on gestures and movements. The general dynamics of the performance see a continuous increase in the entropy of the system, represented both through body language and by modifying the behavior of the visual component. 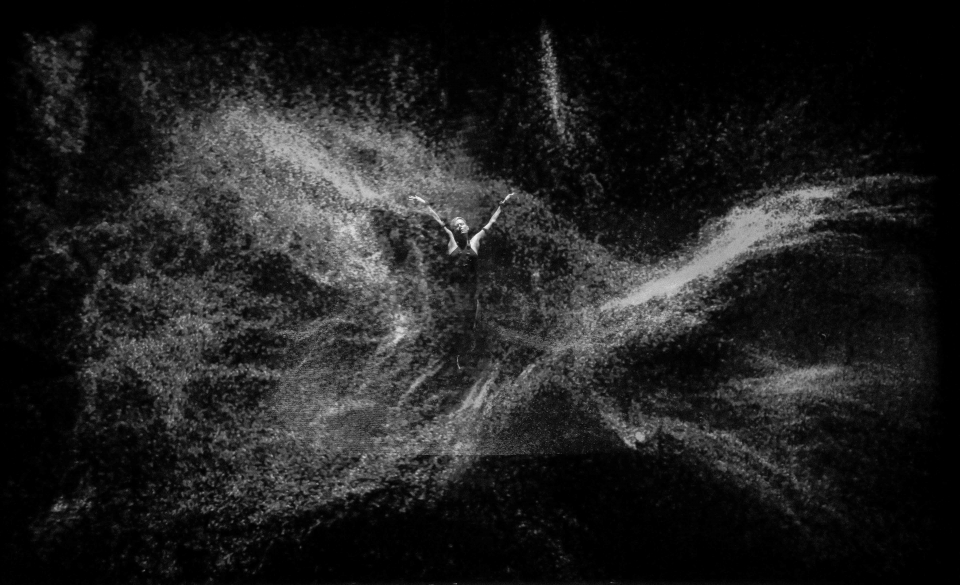 VISUAL DESIGN
The digital landscape through which the narration takes place start from the study of the visualization of the universe. The Gaia Archive was used for the representation of the exact position of the stars in the sky. 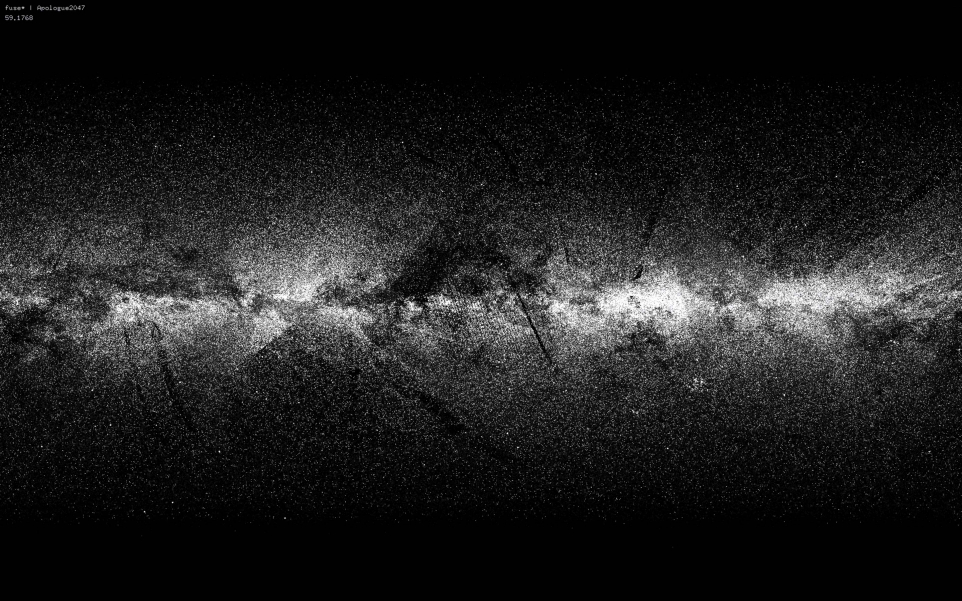 VISUALIZATION OF THE MILKY WAY
Through datasets it was possible to visualize the disk of the Milky Way containing a thick layer (many thousands of light years) of ionized gas, nicknamed Warm Ionized Medium (WIM). This layer appears to be fed by active and ongoing star formation. The data comes from the Wisconsin Hα Mapper and its Hα Sky Survey.

RIVER
Starting from the idea of creating a parallel between terrestrial flows and astral movements, it was decided to recreate the dynamics of flows that influence the evolution of rivers over time by means of a digital simulation. The study led to deepening and representing, through different visual experiments, the way in which rivers change their bed, their direction, reacting to the influences of the external context. 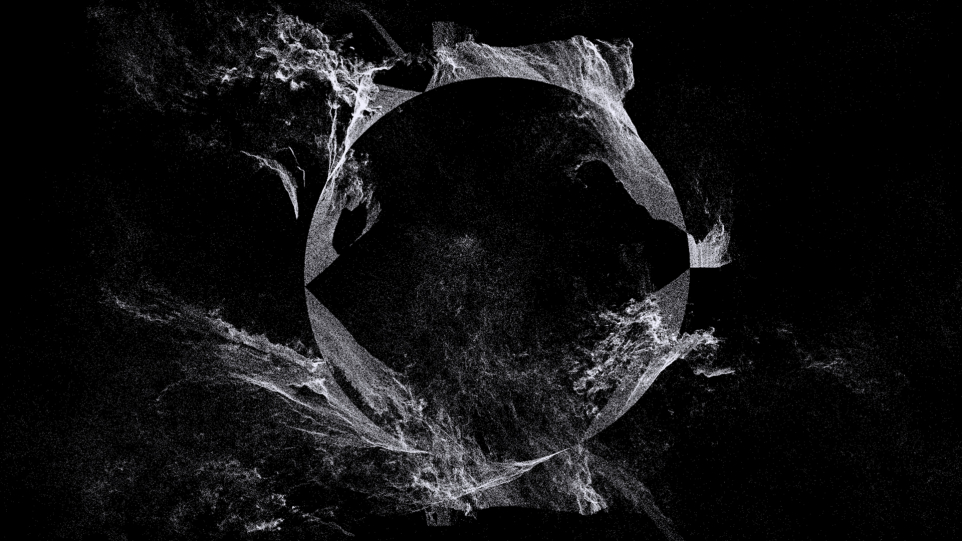 Top
next: EVERYTHING IN EXISTENCE