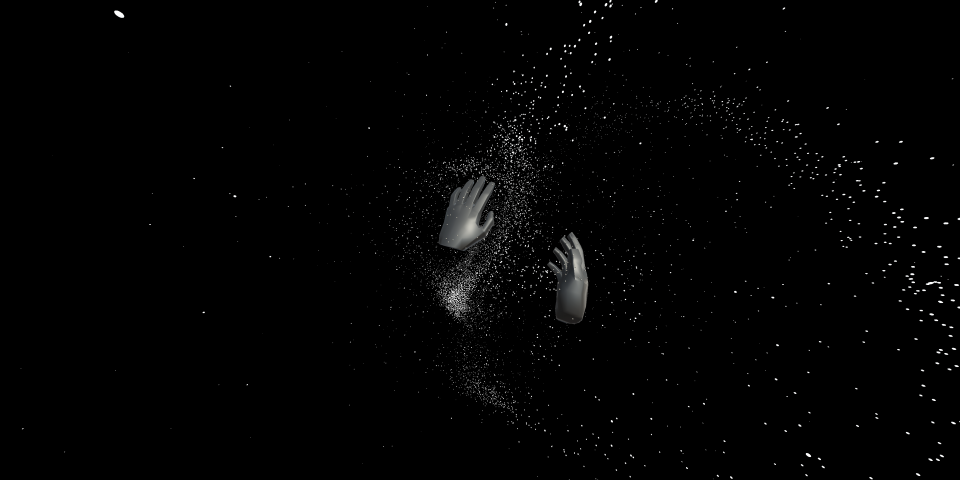 AKE is the prototype of an immersive experience that involves visual and auditory perception using virtual reality devices and sound spatialization techniques. The VR devices used are Oculus Rift and Leap Motion, a sensor that supports hand and finger motions as input. The combination of the two allows the user to visualize a virtual space and interact with it. The research focused on the integration of an interactive environment - consisting of an agent system based on swarm logics - with sound spatialization. The user can move freely in space and perceive the movements of orbiting objects through sound.

Some predefined gestures trigger different scenarios influencing the behavior of the surrounding environment. The first gesture allows the user to attract the particles towards his hands, the second to move them away to form a membrane. Throughout the experience, every other gesture allows direct interaction with the system. The user is encouraged to explore freely, to interact with the environment, and observe the flow of the shapes that continuously appear and vanish in reaction to his/her actions. 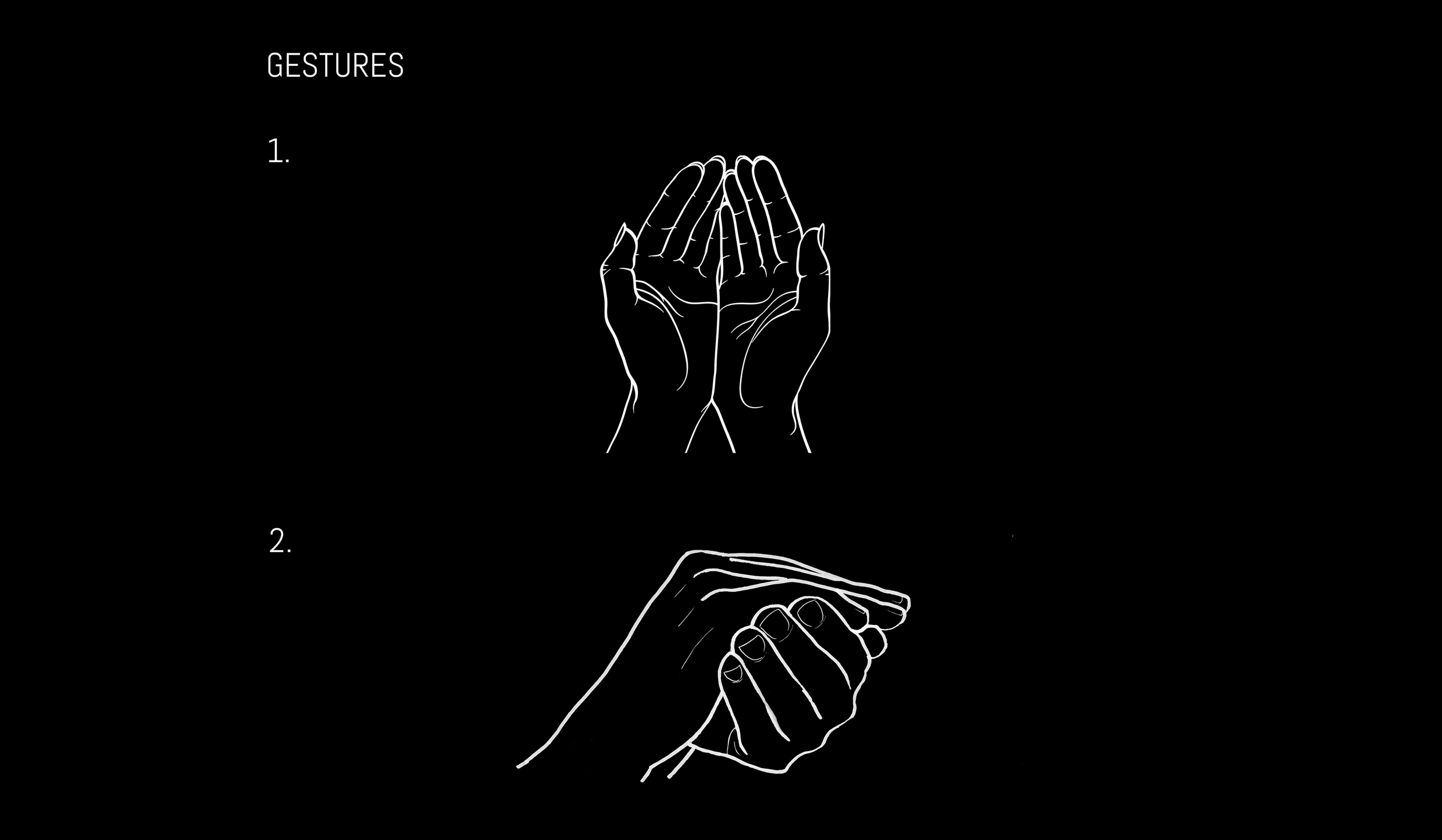 In particular, the role of spatialized audio in guiding and directing the viewer’s attention is an important factor in this experiment; having the freedom of being to look in any direction opens up possibilities but takes away the control from the creator of being able to force the focus on particular situations, positions or objects. Aside from its aesthetical potential, sound is a fundamental tool in VR experiences.
Another challenge we needed to address is dealing with scale; allowing interaction with - and observation of - both objects that are very far away and objects that are very close. The Leap Motion sensor provides a very intuïtive interaction interface because it lets the user work with just his/her hands. However, when the virtual situation is not realistic or natural, like when you get the ability to touch objects at a great distance, additional experience design is required to make this interaction feel intuïtive.