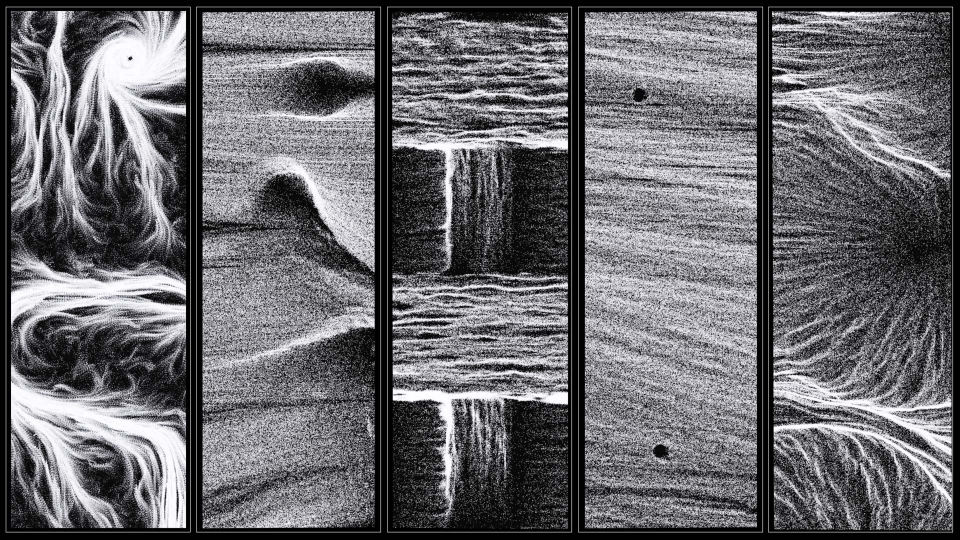 Sync is an application developed in Max / MSP born from the need to synchronize five high-resolution videos for Multiverse 5.1 installation. The app is pretty simple and consists in five jit.Movie objects load the native files, and their output is rendered on five windows distributed on the monitors.

The singularity of the app is how it keeps the sync between videos; no trigger is used to start the files while the audio controls the timing. To do this, the audio is loaded into a buffer and, via the Groove~ object and its sync output, the time value is sent to the position message of jit.Movie. After several tests, we went through some hardware performance problems that caused the content not to display smoothly. To improve the performance, we ran the application from a SSD hd and converted the files using the HAP codec which performs utilising the computer's graphics hardware, substantially reducing the CPU usage, necessary for playing the video. 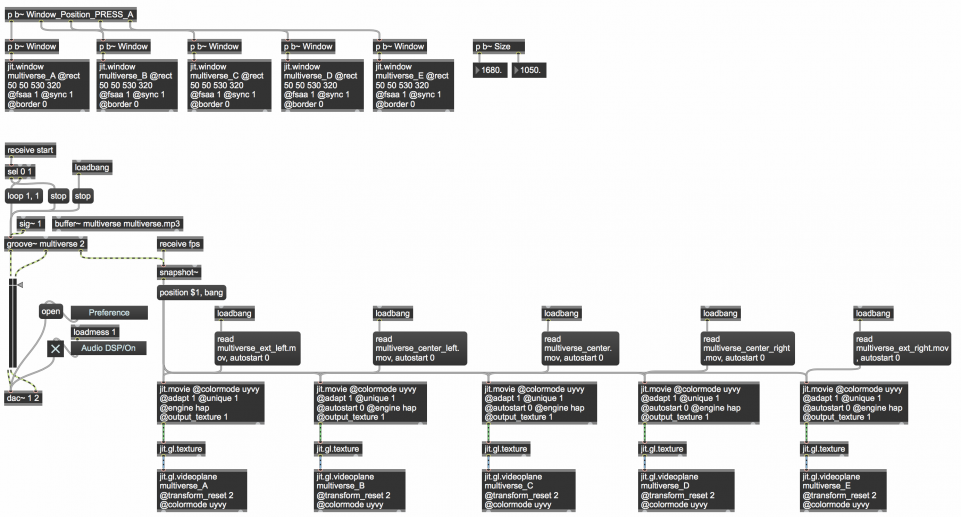